Rockwood Vineyard was planted between 2001 and 2018. Of the two Grosset vineyards in the higher altitude north-eastern corner of the Watervale subregion, ‘Rockwood’, with its hard red rock and variable soils, is viticulturally the more challenging. In fact, its geology is very different to Springvale Vineyard close by.

Some fifty metres to the west, a narrow (300 metre by 22 metre / 15 rows wide) corridor of hard red rock with a poor orange/red loam for topsoil which Jeffrey Grosset believed would be suitable for growing riesling fruit. This is the source of ‘Alea’ after the Greek goddess of wisdom, courage and agriculture, Athena Alea. Grosset noticed that the flavour in the first grapes produced reminded him of great European rieslings which were not completely dry. Inspired by this, Grosset made the first ‘Alea’, adopting a more European approach to its making.

From the eastern boundary of the property, a very stony section rated as ‘marginal’ for viticulture, is planted to two different clones of the Italian variety, Fiano, used in the making of Apiana.

Eleven rows bordering the shiraz on the western side are rooted in silty loam over red rock soil. A rare clone of riesling and on their own roots (i.e. not grafted), the vines produce smaller berries and bunches and while less fruity, the resultant wine is extraordinarily complex and persistent.

From the west, shiraz (an unusual clone known as ‘Tahbilk’) and nero d’avola are planted – ten rows in total,  just enough! 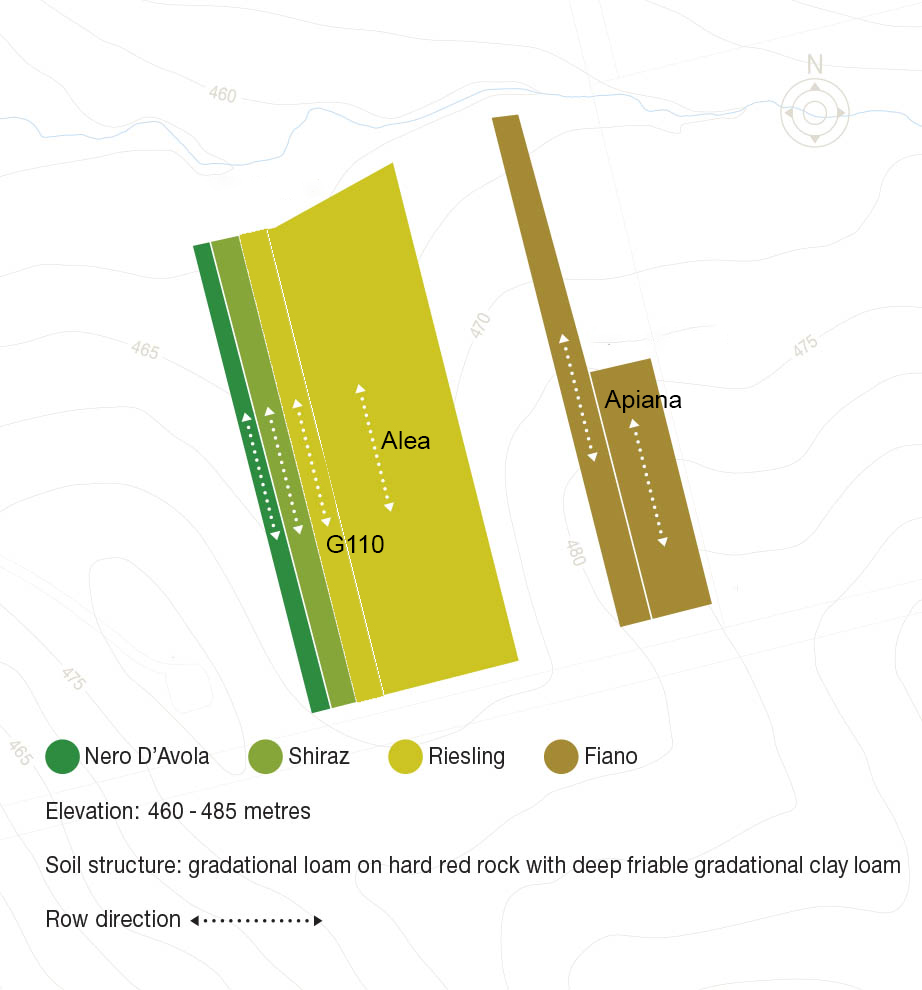